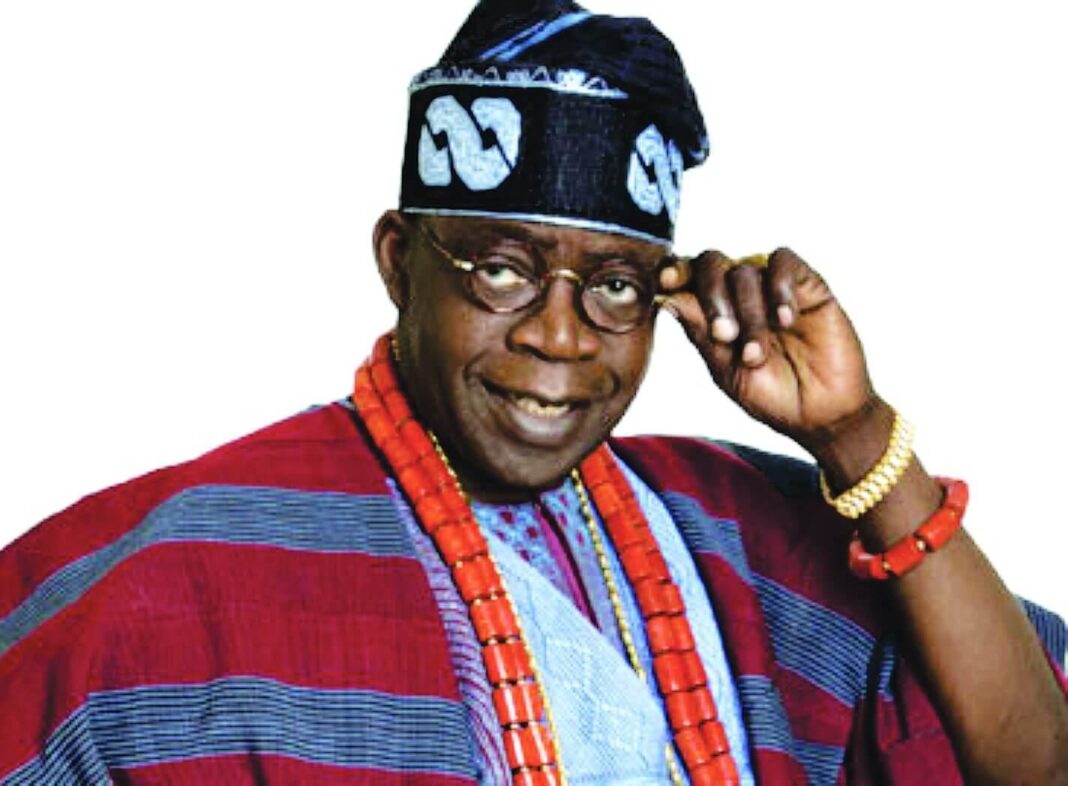 A political group, Asiwaju Bola Ahmed Tinubu (ABAT), has declared support for the titular former Lagos Governor and National Leader of All Progressives Congress APC) to run for president in 2023.

The group’s Director-General, Otunba Olufemi Soluade, who disclosed this to reporters in Lagos, urged all Nigerians, regardless of tribe or religion, to support Tinubu for him to become president in 2023 for the social, political and economic development of the country.

‘Tinubu stands out as one politician with the best résumé to consolidate on the next level milestones of the President Muhammadu Buhari-led administration.

‘We looked around for such personality with the political clout and national appeal to the various interest groups that can consolidate on whatever achievements the Buhari government has made,’ he said

Also speaking, the apex chairman of the ABAT Movement, Cardinal James Odunbamku said Asiwaju Tinubu is the best man for the job.

‘As a bridge-builder with a great personality and mentality that recognises all and sundry, there cannot be a better replacement for President Buhari come 2023.

‘The choice of Tinubú as the country’s next president was painstakingly taken, after taking several yardsticks into consideration.’

He described Tinubu as a leader of leaders, a political colossus and an embodiment of progressive politics.

Babajide Sanwo-Olu: The Government And Private Partnership Is Critical To Delivering Good Governance

We Are Training Local Vigilantes To Fight Insecurity – Obaseki

“Appointments Were Not About Gender But About The Class One Belongs”, Says Amaechi