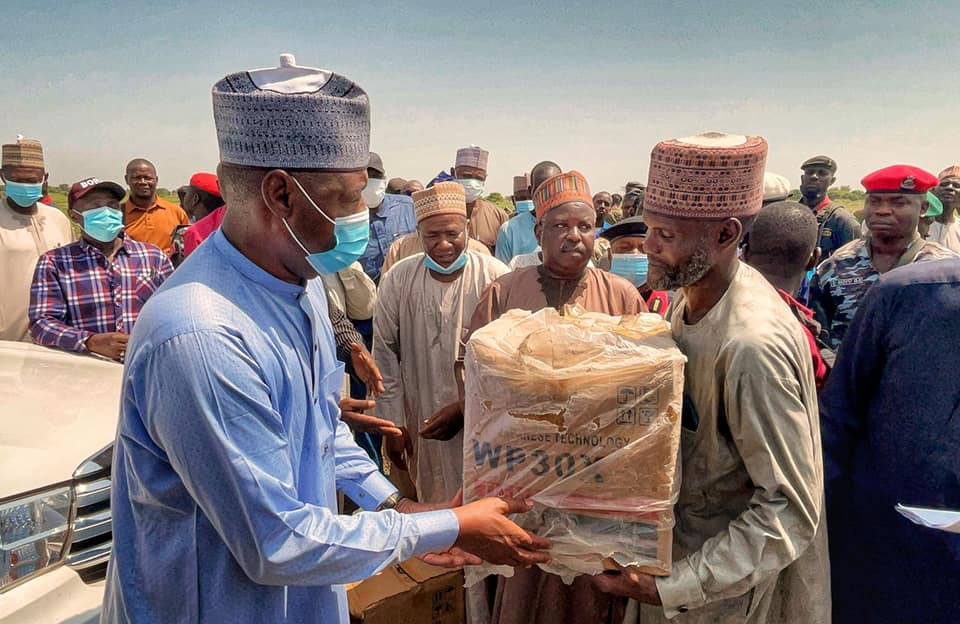 The five projects include: new trailer park, flyover at the customs roundabout, a dual carriage way from custom to Muna, Kwanan Yobe road and drainage network, and Maiduguri-Bama highway.

Zulum began his assessment with the new Maiduguri trailer park and gave approval for release of additional funds to speed up completion.

The Governor moved to the Customs flyover project which connects three routes that include connecting Maiduguri to Dikwa-Ngala economic road that leads to neighbouring countries of Cameroon and Chad. The flyover is 2.4 kilometres long with two opposite lanes on top of the bridge and at the bottom.

Governor Zulum said the flyover is intended to ease traffic at the normally congested Customs roundabout in Maiduguri.

The Governor further said that he is opening up the state capital as part of response to increased vehicular movements on the roads caused by population growth largely instigated by forced migration of families some of whom have settled in Maiduguri as a result of displacement by insurgents.

Zulum was later at the site of the ongoing 10km dual carriage way linking custom roundabout to Muna and 2.5km Kwanan Yobe road and drainage construction all in Jere Local Government Area.

The Governor inspected 65km Bama-Maiduguri highway which, when completed, will link the state capital to Cameroon Republic through the commercial town of Banki. The Governor was excited by the progress of work.

“We need to speed up the process and this should not affect the quality and specifications”, Zulum said during the visit.

In the course of his assessment of projects, Governor Zulum visited Alau agro community and distributed irrigation packs to over 120 farmers.

30 clusters of four people each making a total of 120 farmers were provided water pumping machines and other facilities that the Chad Basin Development Authority provided to Borno State Government with a view to enhancing agricultural activities.