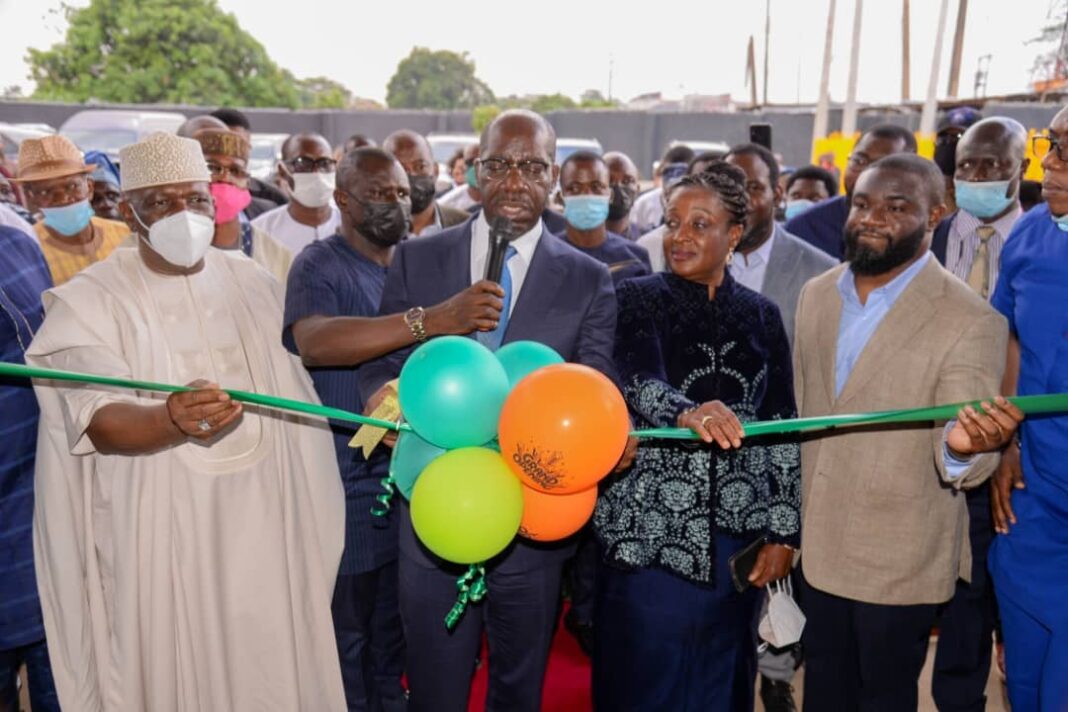 The Edo State Governor, Godwin Obaseki, inaugurated a cashew processing factory in Benin City, the Edo State capital, with a capacity of 5,400 metric tonnes per annum.

Obaseki urged the youths to embrace opportunities in the agriculture value chain by deploying innovative ideas to initiate and develop agribusiness projects.

He said the government would support businesses in the state and create the enabling environment for them to thrive, assisting them to reduce risks and ensure they make profits and advance their services in the state.

He said, “This is the second or third time I will be commissioning a facility that is owned by a group of dynamic young men called Farmforte.

“About a year ago, I had the honour of opening one of their flagship stores in Lagos State and a remarkable architectural piece in Lekki where they sell only agricultural produce.

According to Obaseki, with the facility, the government will encourage farmers in Edo North and other areas where cashew is grown to farm and harvest the fruits, while the nuts will be processed.

He said, “First, you will recall that as a government, we said we are going to create jobs for our people and made it clear that it is not the government that creates the jobs but the private sector.

“But for them to create these jobs successfully, the government must support them, create the enabling environment and help them reduce risks to make profits and ensure that their businesses are sustainable.”

“Secondly, the government identified the areas the jobs will come from, and on top of the list is agriculture. We are very pleased with the bold step and initiative Farmforte has taken in the state.”