Presidency: The Economist Article Flawed, No Administration Has Tackled Insecurity Like Buhari Government 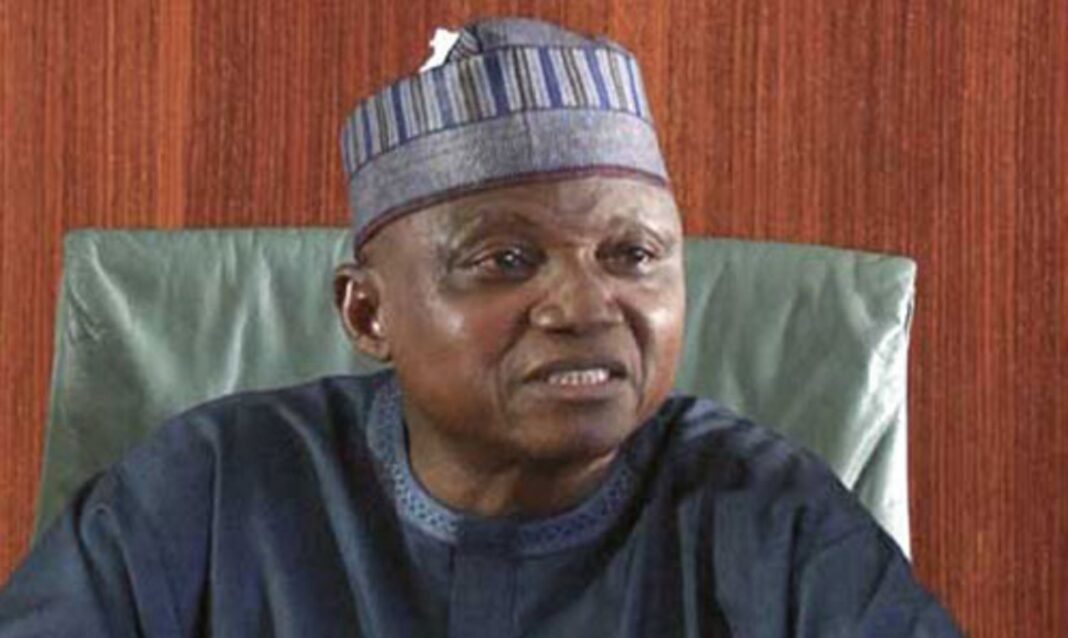 The Presidency on Sunday evening formally reacted to last week’s anti-Nigeria cover of The Economist magazine saying the President Muhammadu Buhari-led administration has been busy addressing to the four identified threats to the nation’s stability including terrorist attacks, kidnapping, herders-farmers clashes and activities of the proscribed Indigenous People of Biafra (IPOB) in the South East zone.

The Senior Special Assistant to the President on Media and Publicity, Garba Shehu, in a release, also emphasised that the resilience and fortitude of patriotic Nigerians will see the country through the current trying times.

The statement alluded to Nigeria’s problems as identified by the international magazine saying “The Economist is correct: Nigeria faces four key threats to the stability and prosperity of the nation – namely: ISWAP/Boko Haram terrorism in the North-East; kidnapping and crime in the North-West; herder-farmer disputes in the central belt; and the delusions of IPOB terrorists in the South-East.

“The Economist is also accurate to state that they have come to a head under President Buhari and the All Progressives Congress, (APC) administration. Yet they do so, because for so long, under previous administrations, whether military or democratic, tough decisions have been ducked, and challenges never fully met – with the effect of abetting these dangers and allowing them all to fester and grow. Today, all four threats are being fought concurrently and it is only this President’s administration which has finally had the will and determination to confront them.”

The release further outlined efforts by the Buhari administration to solve the problems that remained unattended to by past military and civilian governments in the country.
The Presidency stressed that the present administration since it came into power in May, 2015 remains resolute and will do everything possible to ensure that the identified threats become history by the time President Buhari will finish his tenure in May, 2023.

The release stated inter alia:
“The Buhari administration has sought to push back terrorism which has been a threat for more than two decades since the first emergence of Boko Haram. It is only the Buhari administration that has now sought to intervene against the kidnapping and banditry that has been a simmering threat for far longer. It is only this President’s government which has taken on IPOB, the violent terrorist group which bombs police stations and offices of security agencies, while also threatening those who break their Monday-sit-ins whilst claiming the mantle of forebears who half a century ago fought a civil war. And it is only the Buhari leadership which has sought – ever, in over one hundred years – to identify the root causes of the herder-farmer clashes and find durable solutions.

“The forms may have altered, and the threats posed by each may have waxed and waned, but what has been constant is that administration after administration since independence – whether military or democratic – none sought to fully address these threats to Nigeria as President Buhari’s government does now.
Today, the military is engaged in almost all the states of Nigeria because the President has insisted upon addressing these decade-after-decade-long issues during his time in office.

“In the North, Boko Haram members – many of whom now fight under the breakaway banner of Islamic State’s West Africa Province (ISWAP) – have been pushed back. At the start of the President’s tenure, Boko Haram was launching attacks across the majority of the country – including in southern states and Lagos. Today they are cornered and confined along with their ISWAP compatriots in our country’s outermost fringes of the border, unable to spread further.

“In the South-East, IPOB – which the Economist rightly describes as “delusional” – the arrest and present trial of the terrorist leader of the group is the beginning of its demise. The President’s administration is redoubling efforts to have IPOB rightfully designated as a terrorist group by our allies outside of Nigeria – an act which will collapse their ability to transact gains from crime and extortion in foreign currencies. It is important to remind the Economist and the global media that this group’s aggression and widespread presence on social media does not reflect their public support, for which they have none: all elected governors, all elected politicians and all elected state assemblies in the South-East – which IPOB claim to be part of their fantasy kingdom – reject them completely.

“The only government of Nigeria which has ever sought a solution to the centuries-old herder-farmer disputes of the central belt is President Buhari’s administration. The Federal ranches programme, launched shortly after the President’s re-election is the first of its kind – and it is working: during the last 12 months clashes have significantly reduced. The government now calls on State governors to have the imagination to join forces with the Federal administration and expand this programme by making available state lands for those interested, now that its effectiveness has been demonstrated.

“The Economist opinionated and reported on banditry and kidnapping in the North-West. While this has been simmering for generations, it is the newest of the organized threats Nigeria faces to her stability. But this too the Economist inaccurately described: “bandits” who have the resources and technology to shoot down a military fighter jet are not bandits at all – but rather highly organised crime syndicates with huge resources and weaponry. Yet they are essentially no different to Boko Haram in this regard who are now cornered.

It will take time, but the President is unwavering in his determination to collapse this challenge to public order.
“The Economist is correct: Nigeria faces multiple threats. They confluence now not because of this government; but on the contrary, it is this government which is addressing them concurrently, and simultaneously – when no other prior administration sought to adequately address even a single one. That is the difference between what has gone before and what we have now. It is why the President and his party were re-elected with’ an increased majority in national elections two years ago”.

How Alaafin Contributed To My Emergence As Governor – Seyi Makinde